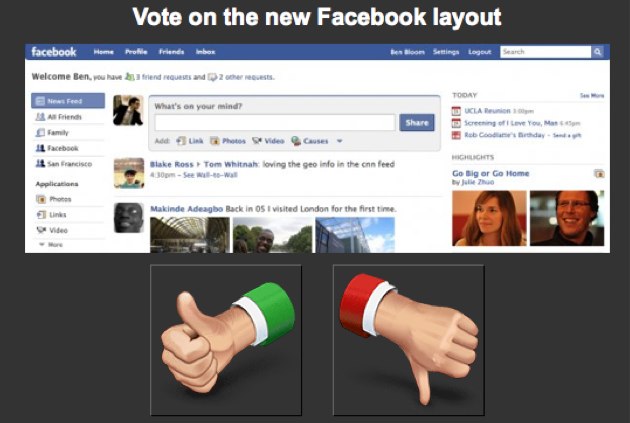 A Facebook application is polling users on the the new site layout . So far, just over 5% of the nearly 800,000 respondents give it a thumbs up. The rest go the other way. Users can also leave comments with their thoughts. Recent user comments include “Missing so many features I used to adore.

I am saddened,” “Please change it back to the way it was,” and “I hate it and if it doesn’t change I will only check it once in awhile.” Ah, the fickle user.

Until January users and advertisers could create polls directly within Facebook, and the company used them extensively at the Davos World Economic Forum. It would be great it they brought that feature back directly.